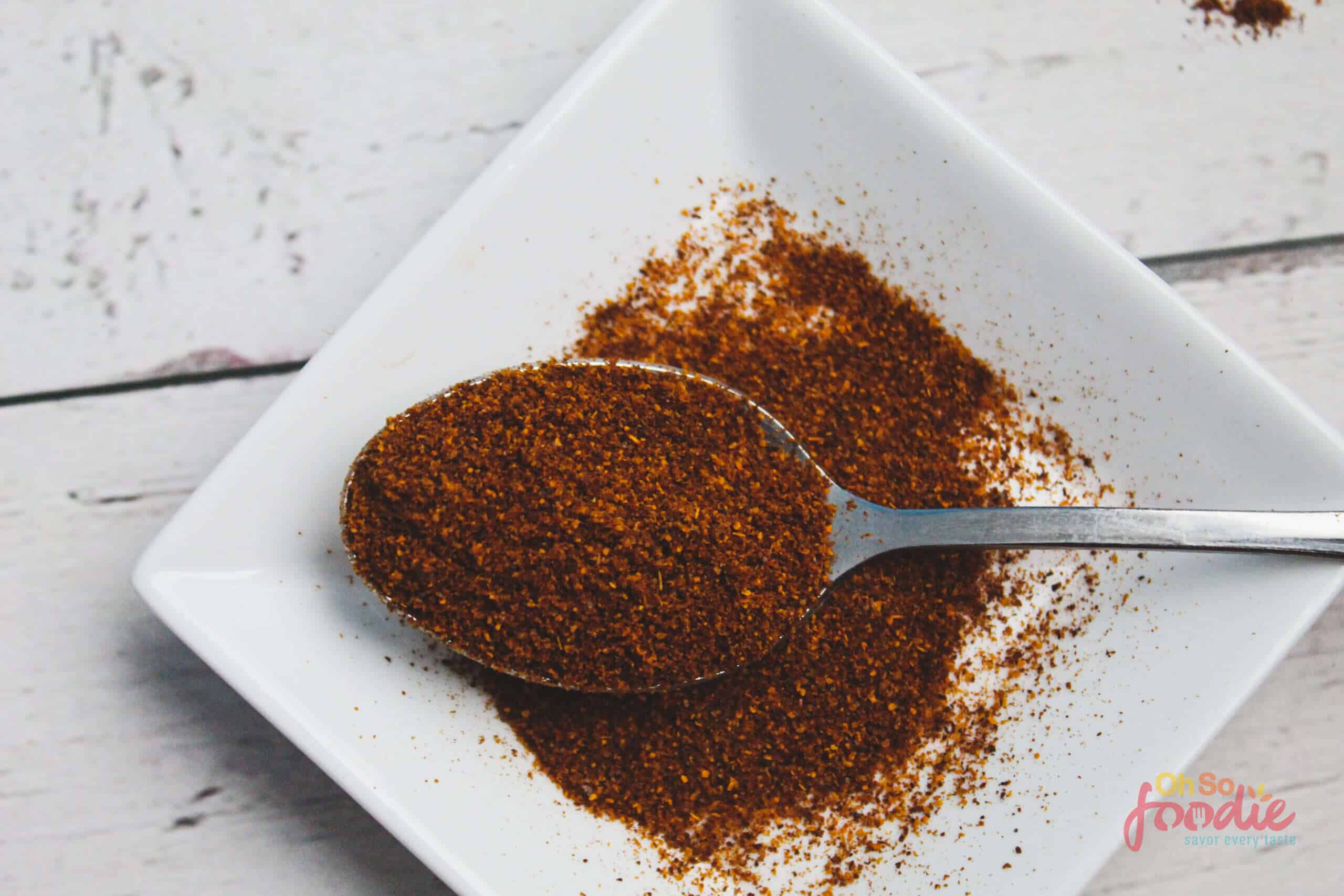 Cayenne pepper is a moderately hot chili pepper that is used in both whole and ground forms, although it is rare to find whole cayenne peppers.

Cayenne pepper is very popularly used as a powder and adds a hot, spicy kick to many dishes including eggs, soups, stews, and more. This condiment is also used to brighten many dishes due to its orange-reddish color. 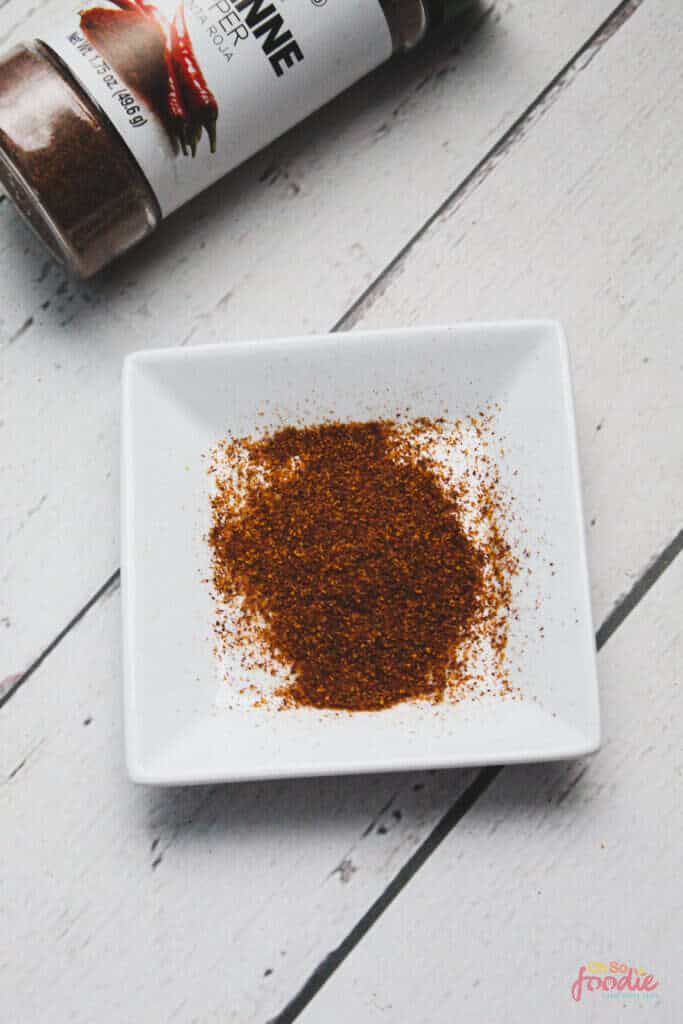 Most people usually have cayenne pepper in their spice cabinet. But, on the off chance you don’t have it on hand, or you can’t find it in the grocery stores, here are several ways you can replace it in a recipe.

What are the best cayenne pepper substitutes? 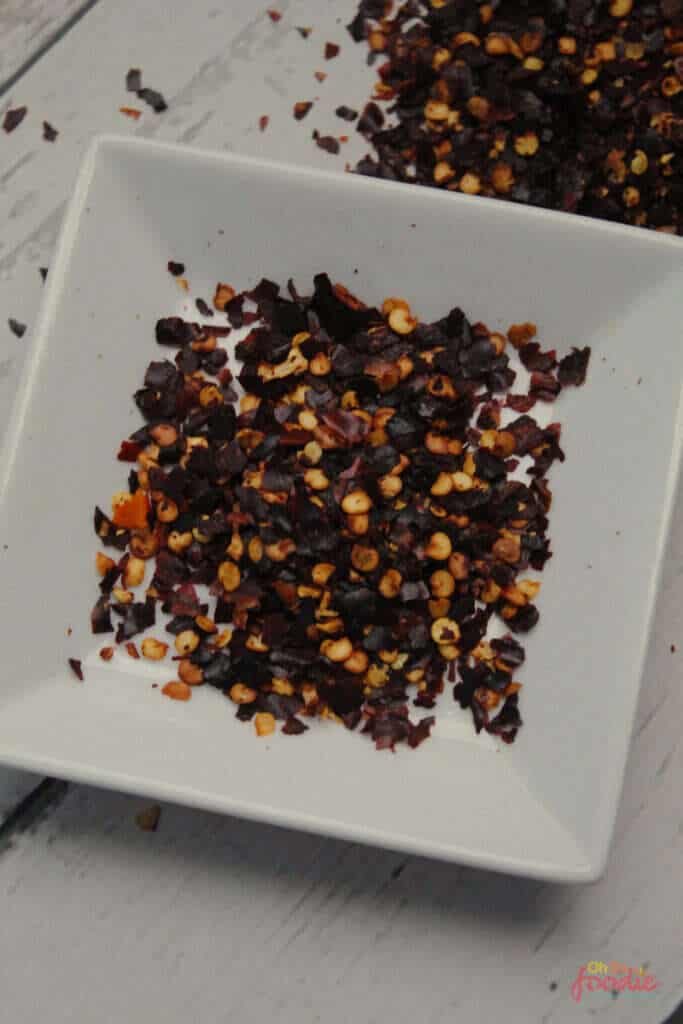 This means you use 2 teaspoons of red pepper flakes to replace 1 teaspoon of cayenne pepper.

A few things you should know when using red chili flakes as a sub for cayenne pepper powder.

Red pepper flakes are a combination of a few different types of red chile peppers including cayenne chile, serrano chile, jalapeno chile, etc. Therefore, it isn’t as spicy as cayenne pepper, but it will add some heat.

Another thing to consider is the texture. Cayenne pepper is a powder, while pepper flakes are – flakes. This means they’re better for sprinkling on top of foods. So they’ll easily replace cayenne pepper sprinkled on top of eggs, pizza, soups, etc., while cayenne is usually incorporated into different recipes.

A final point to consider.  If you have a coffee grinder, you can use it to pulverize the red pepper flakes until they become a powder. The same 2:1 ratio applies.

If you can’t find cayenne pepper powder, but you can get your hands on chili powder, it can be used as an okay substitute for adding a little heat and a rich red color.

Chili powder is a blend of ripe peppers and spices and is moderately spicy. So the taste is different, but you can use it in dry rubs, soups, stews, for meat, etc.

A few things to keep in mind.

Chili powder is between 500 and 1,500 Scoville units while cayenne pepper powder is around 40,000 Scoville (heat) units, s chili powders are not hot enough to make really spicy food. 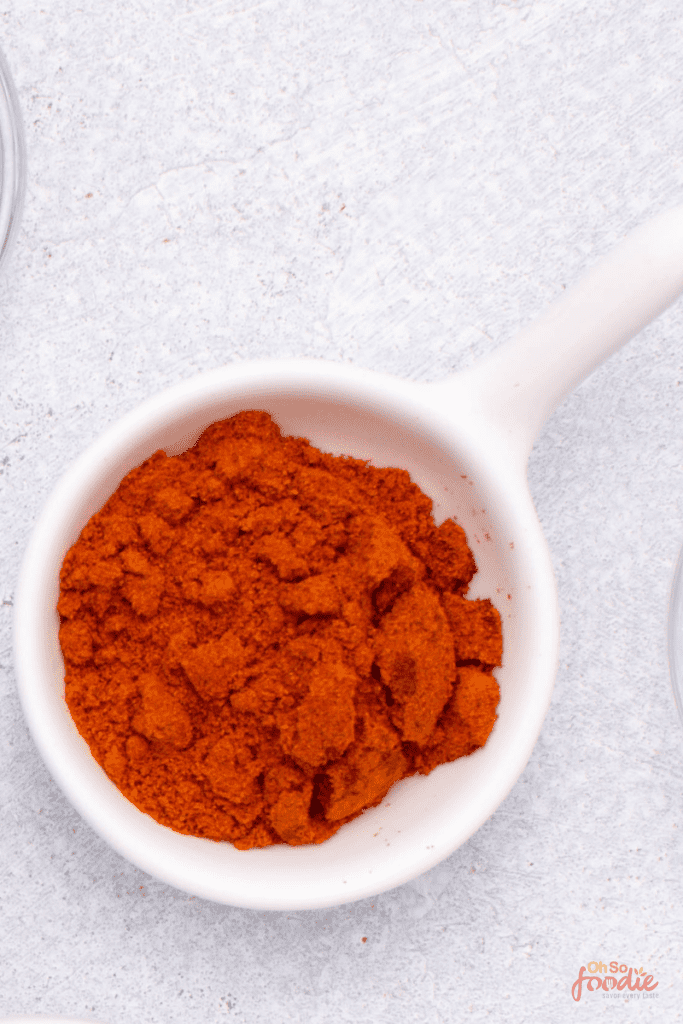 Like chili powder, hot paprika is nowhere near as hot as cayenne pepper, but it does pack a little heat.

It is made using spicier peppers, unlike regular paprika powder which is made from sweet peppers and has zero heat.

It works well in dry rubs, barbecue, soups, stews, eggs, tacos, and other recipes, but, do not expect that same fiery heat.

Use double the amount of hot paprika to replace cayenne pepper.

You can use Gochugaru as a replacement for cayenne pepper. Gochugaru’s flavor is a combination of spicy, sweet, and lightly smoky, but this coarsely ground chile powder is great for sprinkling a little heat in soups, on pizza, pasta, etc. 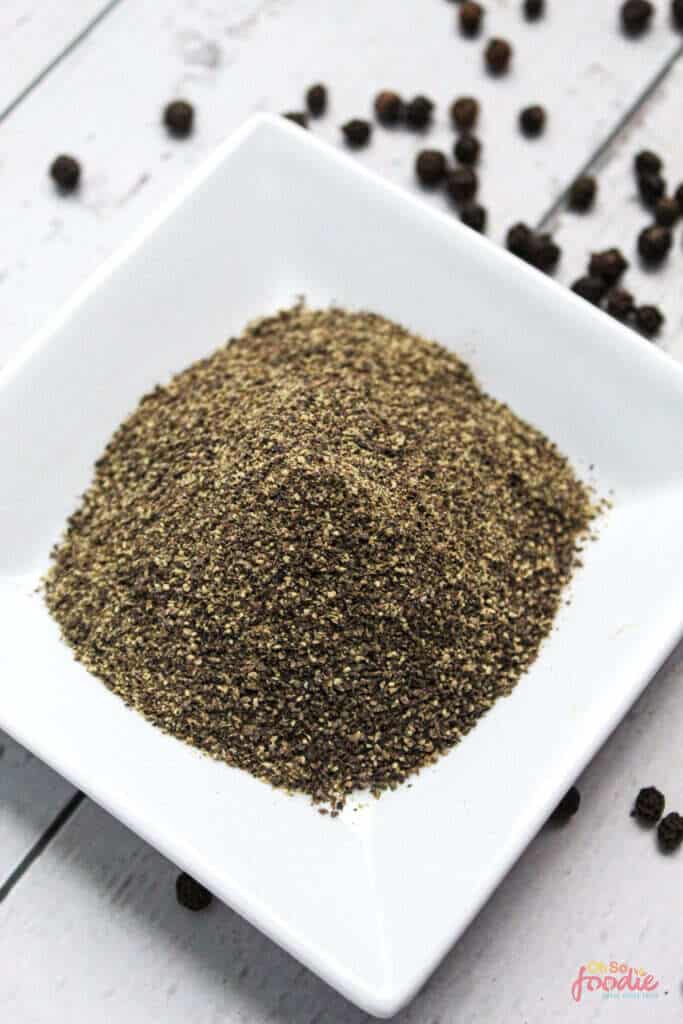 If you can’t find cayenne pepper, but you can get your hands on black pepper, it will work well as a mild substitute for cayenne pepper.

You will need to use a generous amount of it for it to work. As in a 4:1 ratio or 1 teaspoon of black pepper to replace ¼ of a teaspoon of cayenne pepper. Also, check out more black pepper substitutes here.

If you can’t find cayenne pepper, hot sauce will work too! You will need about 6-8 drops of hot sauce to replace ¼ teaspoon of cayenne. Tabasco hot sauce is the best option here.

Tabasco peppers have a similar heat level to cayenne (between 25,000–50,000) so they’re an excellent cayenne pepper substitute, but due to their juiciness, they will mostly work in wet recipes. Use tabasco peppers to make soups, salsa, stews, certain sauces, etc.

Fresh tabasco pepper is an amazing 1:1 substitute for fresh cayenne pepper too!

Fresh serrano peppers may be harder to come by, but if you happen to have some, they can substitute for cayenne pepper in a pinch.

They’re about half as spicy as cayenne but will add a nice kick to your recipe.

Like fresh serrano peppers, Aleppo peppers which have a similar heat level can be used to substitute cayenne pepper in a pinch.

Aleppo peppers have half the spice level of cayenne pepper and will add a nice mild spicy flavor to your recipe.

If you happen to have some, add a little to your wet dishes like soups, stews, sauces, marinades, etc for spiciness and color. 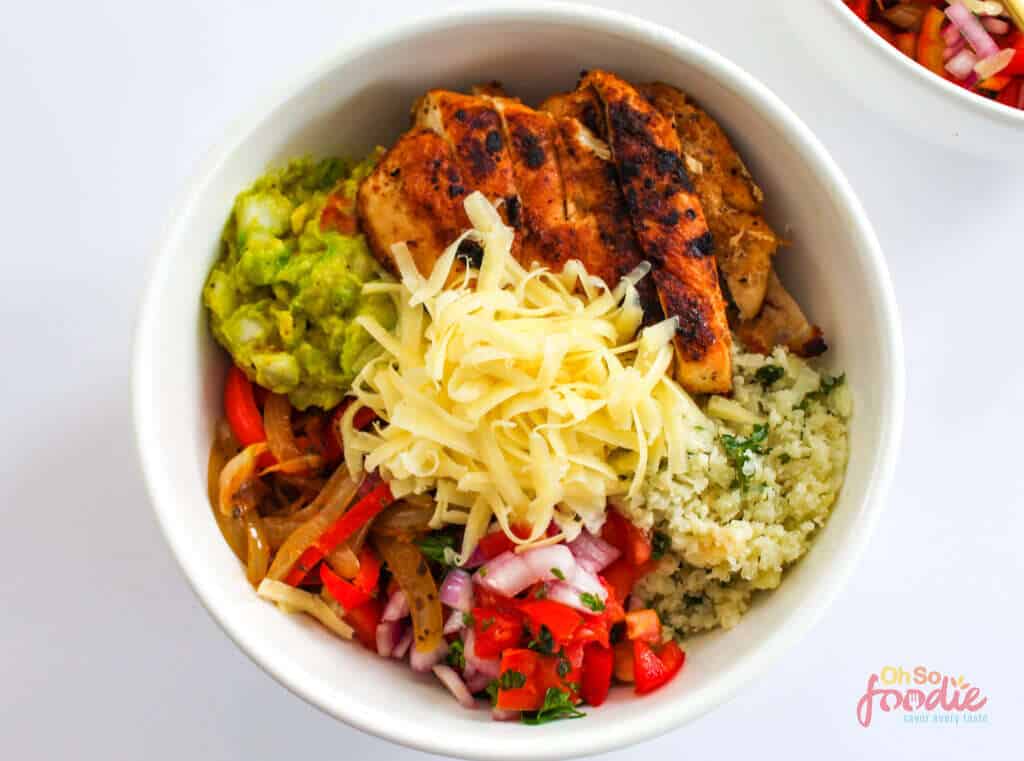 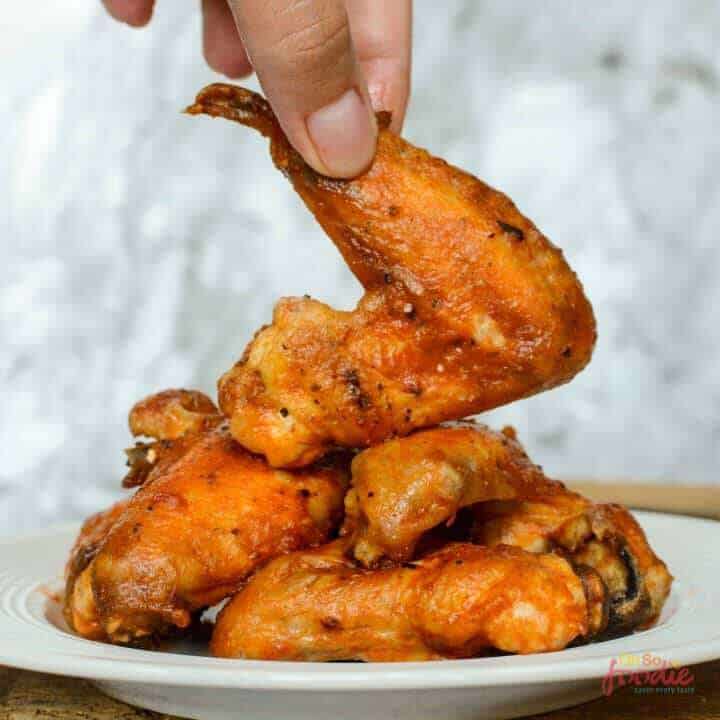 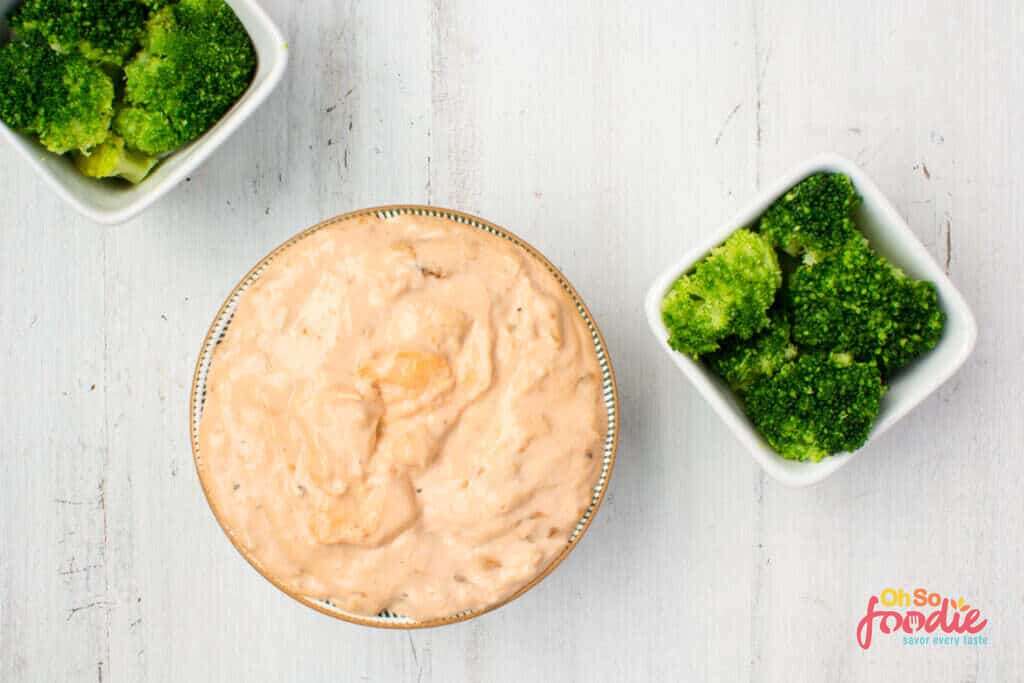 Can I use cumin instead of cayenne pepper?

No, you cannot use cumin as an alternative to cayenne pepper. Cumin has a complex earthy, warm flavor while cayenne pepper is spicy and fruity. They are completely different spices.

What is a good substitute for 1/2 tsp cayenne pepper?

The best substitute for ½ a tsp of cayenne pepper is 1 tsp of red pepper flakes.