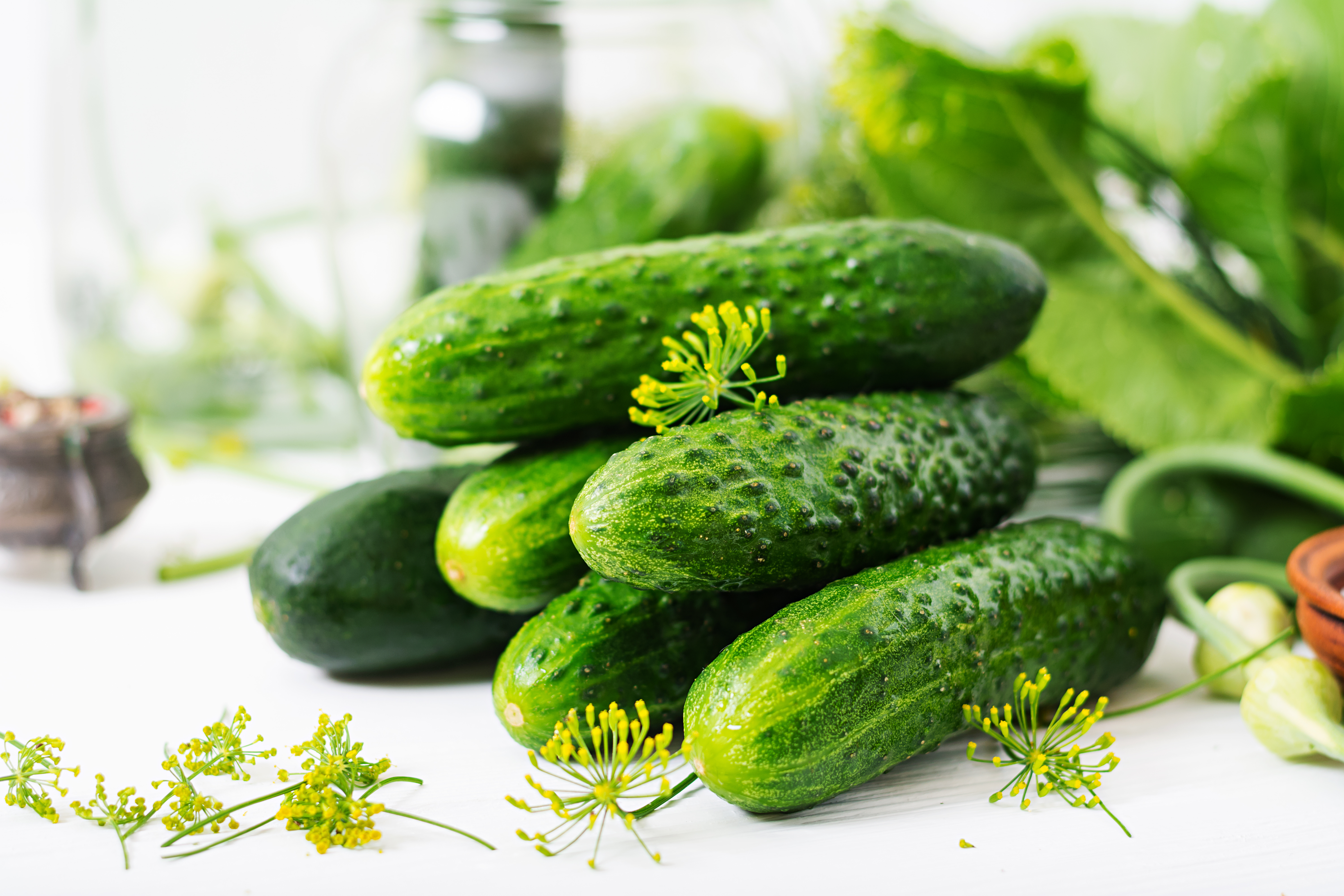 Are cucumbers keto friendly? How many carbs are in found cucumbers? Learn the answer to these questions here. Also find deliocus keto cucumber recipes you can make with this versatile keto vegetable.

Yes they are. Cucumbers are a low carb vegetable that can easily be incorporated into a keto menu.

Cucumbers are a highly recommended vegetable on keto. They’re high in antioxidants, low in carbs, have many benefits and are very hydrating.

If you’re doing keto or planning to do keto, then you should know that it is very important to incorporate fruit and vegetables as part of your daily meals. Low carb cucumbers are one such keto vegetable you should strive to add to your diet as you can use them to make numerous delicious low carb recipes while managing your carb intake.

How many carbs are in cucumbers?

Raw cucumbers make an amazing low calorie keto snack when dipped in nut butter or keto friendly dips! However, if you’re looking for some recipe, you can use the links below:

Here is the approximate nutritional breakdown for 100 gams of raw cucumbers with peel:

Cucumbers are a refreshing vegetable low in calories but high in minerals, antioxidants and water content. They can be eaten fresh, pickled or in many cucumber recipes such as cucumber salads, cucumber fritters and cucumber chips for example.

Alternative vegetables to cucumbers on keto

There are a lot of low carb vegetables that can make great substitutes for cucumbers. Like cucumbers, they can be used in salads or as healthy sides. Here are 5 alternative vegetables you can used instead of cucumbers on keto:

Cucumbers are one of the most refreshing low carb vegetables you can have that are keto approved. It should be noted though, that while you can eat more cucumbers than fruits on keto, you still have to be mindful that 100 grams of raw cucumbers with peel contains 3.13 net carbs.

Therefore it is wise to pay attention to how many carbs you’re eating from cucumbers when calculated with the carbs from your other keto friendly foods or meals in any given day. This is important as there is a daily carb limit of 20-50 grams of carbs for keto.

Is finding keto recipes overwhelming you? Get The 14 Day Keto Meal Plan That'll take The STRESS Out Of Keto Cooking!